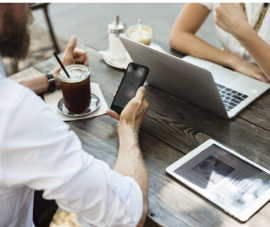 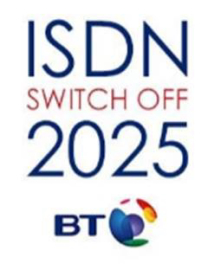 Over the last several years, our way of communicating has changed and we now have multiple mediums in which to communicate from Landline Calls, Mobile Calls, Texts, Emails, Social Media and lots more.

This has led to huge increase in Data Usage and seen the British phone user, calling time on landline calls dropped by 50%.

A study by regulator Ofcom revealed that the popularity of using landlines to make telephone calls has declined dramatically, with the number of landline minutes dropping from 103 billion in 2012 to 54 billion in 2017.

During the same period, the number of minutes spent by British residents making calls on mobile phones increased from 132 billion to 148 billion.

Throughout the study, Ofcom interviewed a broad cross-section of people, including those in 14 focus groups. The interviews documented a strong generational difference between older people, who prefer phone conversations, and younger people, who prefer to communicate via text-based messaging services. “Some of us can remember a time when we stored phone numbers in our head rather than our mobile,” said Liz Greenberg, Head of Numbering at Ofcom. “But the way we use and feel about telephone numbers is changing.”

The study also revealed that the monthly usage of mobile data increased tenfold from 2012 to 2017, from 0.2GB per person to nearly 2GB per person. One of the reasons for the dramatic increase in data usage is that younger people prefer to communicate with family and friends via apps such as Facebook Messenger and WhatsApp rather than making a phone call. “Calling someone is a bit daunting,” said one 18-year-old respondent in Ofcom’s study. “It’s much easier and quicker to WhatsApp my friends. If I have to call a company, I’ll always try to use webchat if it’s available.”

The study also discovered a generational difference regarding the importance of area codes. Younger people have no strong opinions about their usefulness, and many are unaware that the codes specify locations. Originally, area codes correlated to the first two letters of a location. For example, the first two letters of Aberdeen are AB, represented by 22 on a keypad. The current area code for Aberdeen is 01224. By comparison, older people find area codes reassuring and helpful when receiving and making phone calls. A 67-year-old respondent from Wrexham said: “It’s helpful to know where things are.”

Last year, data released by Ofcom revealed that on average, Britons checked their mobile handsets about every 12 minutes. In addition, the regulator found that the time spent making phone calls from mobile phones declined for the first time, as people were using messaging apps instead. In 2017, BT decided to eliminate 50% of the approximately 20,000 pay phones remaining in the UK after a 90% decrease in usage over the previous ten years. Data collected by BT revealed that while people still made about 33,000 calls a day from pay phones in 2017, people only used one-third of them once a month and did not use some of them at all. At one point, there were about 92,000 pay phones in the UK.

BT have announced by 2025 traditional ISDN Lines will be switched off.

Is your business ready for the big switch off?

Begin the journey from ISDN to a range of alternative solutions from SIP & Hosted Voice with Vision Telecom Solutions.

Call us today for your free, no-obligation consultation

Mobile roaming charges in Europe: What you need to know

Three has become the latest big UK mobile operator to announce that it is going to start charging its customers extra for using their phones in Europe.
Learn more...

To put it simply, hybrid working is a flexible working model which allows employees to work from a variety of different locations.
Learn more...

Lead your business into the future

With more and more customers and their teams working from home, and ISDN switch off getting closer, moving from traditional PBX to cloud communication is more important than ever before.
Learn more...
1
1  GDPR Cookie Compliance
Privacy Overview

This website uses cookies so that we can provide you with the best user experience possible. Cookie information is stored in your browser and performs functions such as recognising you when you return to our website and helping our team to understand which sections of the website you find most interesting and useful.

Strictly Necessary Cookie should be enabled at all times so that we can save your preferences for cookie settings.

If you disable this cookie, we will not be able to save your preferences. This means that every time you visit this website you will need to enable or disable cookies again.